Can your money ever be happy ? 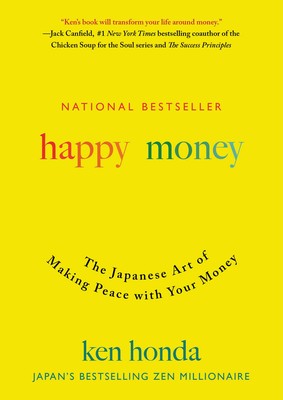 When reviewing the financial literature of the moment, one of the questions  I ask myself is whether a particular book or story can dethrone The Richest Man in Babylon by George Clason as the best entry-level read for absolute beginners. Ken Honda's book entitled Happy Money could have been such a candidate.

Through no fault of the author, the book did not make the cut. Coming from a Japanese perspective, the book was crowned a best-seller, but bench-marked against books from the US, however, it seems more spiritual than practical.

There is hardly any practical investment advice in this book.

The ideas in the book are based on two tropes - one found in many finance books, the other, an important part of Japanese culture.

The first idea, which is quite Western in origin, is the idea that your thoughts can shape your reality. There is this belief that if you approach your financial planning in an optimistic manner, somehow your wealth will multiply. This stretches back as early as 1903 with the book As a Man Thinketh by James Allen that preaches that good thoughts result in good outcomes with modern incarnations of similar ideas in books like Rhoda Byrnes The Secret.

The second idea, which is authentically Japanese, is the idea that every object has within itself a spirit or kami. You will find this a lot in Marie Kondo's series on decluttering when she spends a moment of reflection to thank the home that we would be about to declutter. Marie Kondo did spend some time after getting her sociology degree as a Shinto temple maiden. This is why the idea that the money in your wallet can have emotions like happiness can only arise from a Japanese finance author.

The most ludicrous story involves Wahei Takeda, the Warren Buffett of Japan. One desperate guy came to Wahei in desperation, seeking more money. Wahei told him that he would receive money provided he said arigato or thank you 100,000 times.  The story claims that by the time he was able to borrow the money, he did not need money in his life anymore because this shift in his mindset has already made him a rich man !

I guess sometimes I read a great book and it goes into the reading list of my students of the Early Retirement Masterclass, and more often than not, I end up wasting my time so that  blog readers would not have to bother.

The Richest Man in Babylon by George Clason remains the most inspiring and practical finance book to read for folks trying to get their personal finances in order.